Dining In is a traditional Air Force dinner that the entire detachment attends. It is normally held about halfway through the fall semester. Cadets dress up in costumes based on a central theme. The fall of 2019 theme was movie genres. Here at Detachment 250, Dining In is held in a hangar at the Ames Municipal Airport.

The main interest at Dining In is the grog bowl. Plenty of different ingredients are added to the grog by Cadets including dipping sauces, juices, soda, and ultimately, a less than appetizing drink is made. After the grog is completed, cadets are encouraged to “grog” another cadet they know that may have made a mistake or in the end just embarrassed themselves. This grog doesn’t taste great, so cross your fingers you don’t get “grogged!” 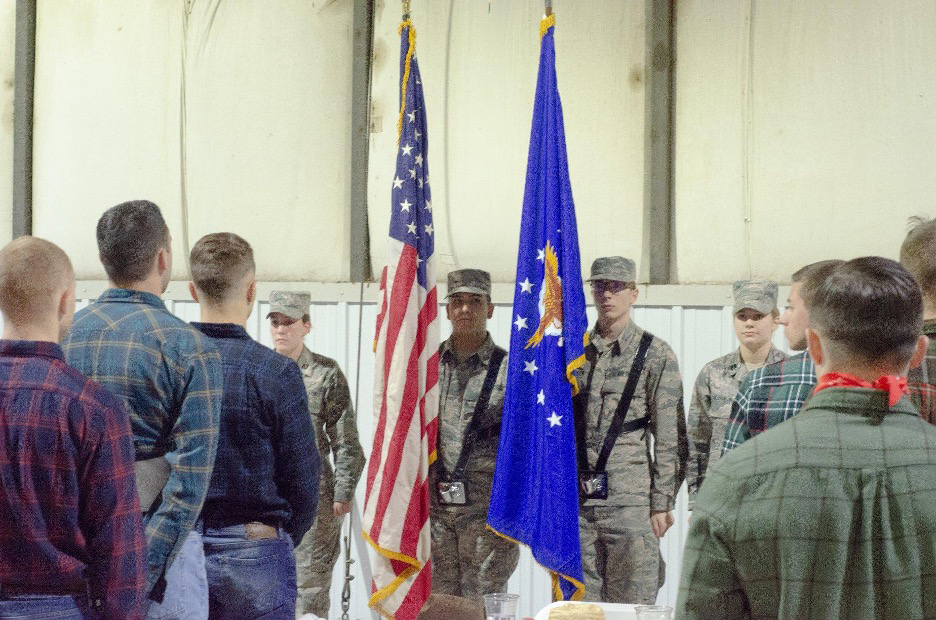 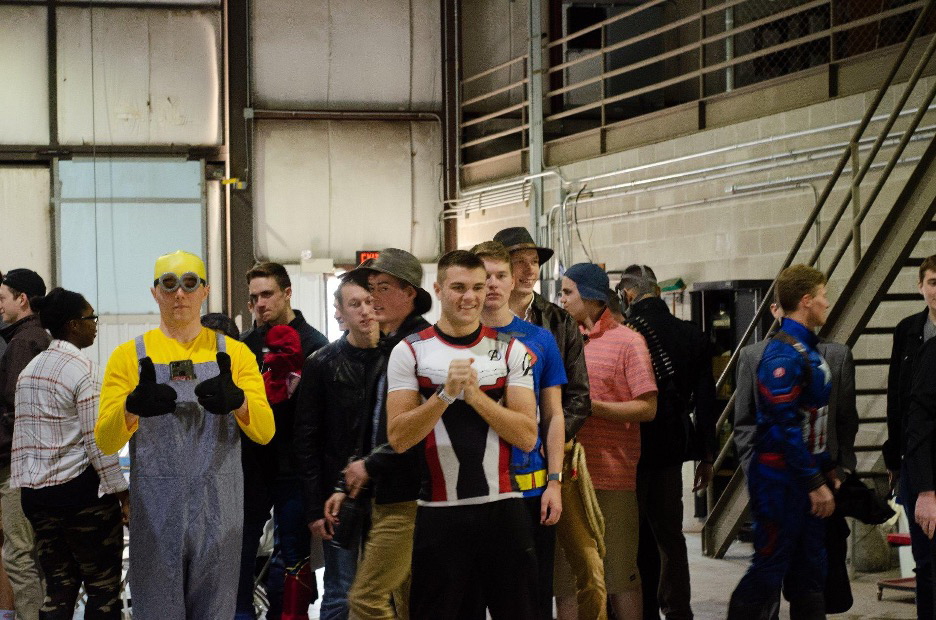 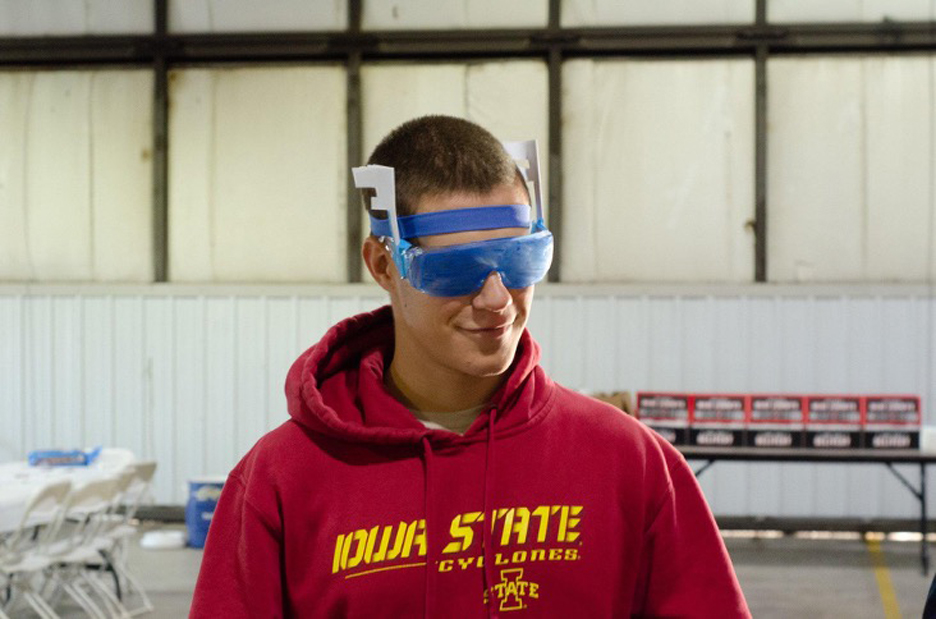 Cadet Schuler, “Quickster,” adds to the Greybeards’ take on The International Justice League of Super Acquaintances. 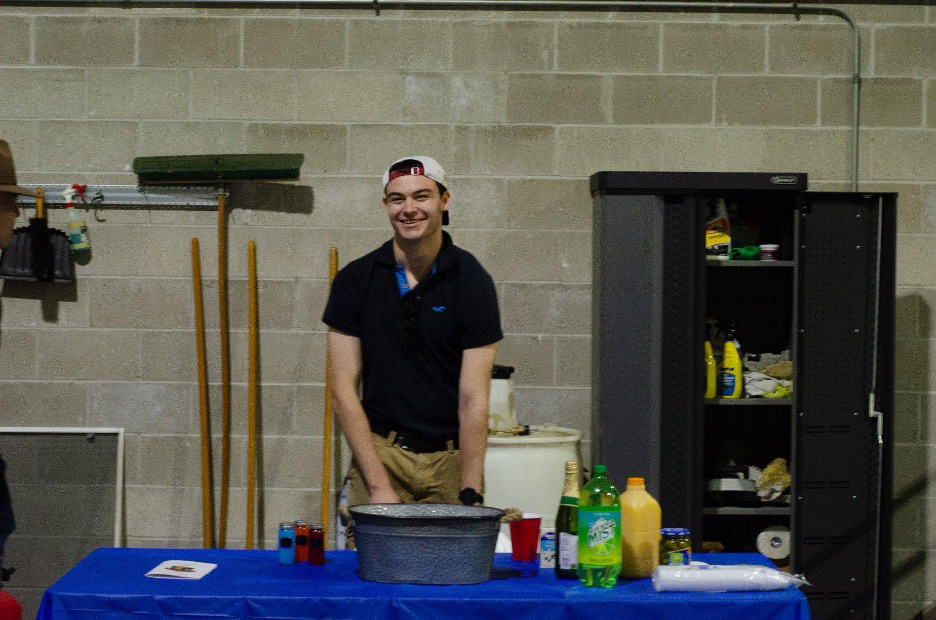 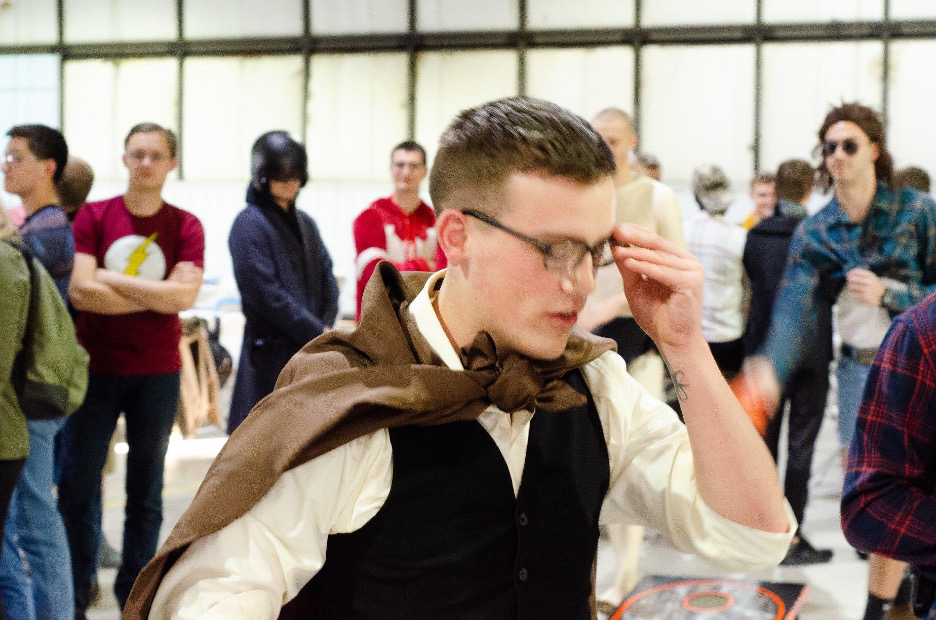 Cadet Kline is going on an adventure! 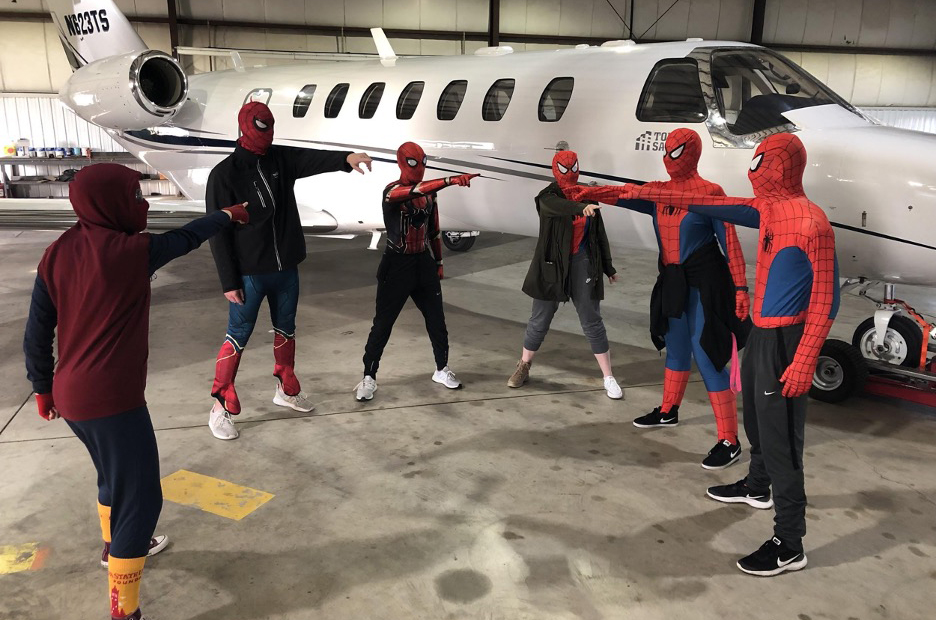 After the events have died down, dinner is served and everyone enjoys a meal together. Finally, a guest speaker addresses the Cadet corps. At the end of Dining In, everyone helps clean the entire hangar, including all the crumbs of bread that are scattered everywhere. By the end, everyone has had their fun, and Dining In is over.