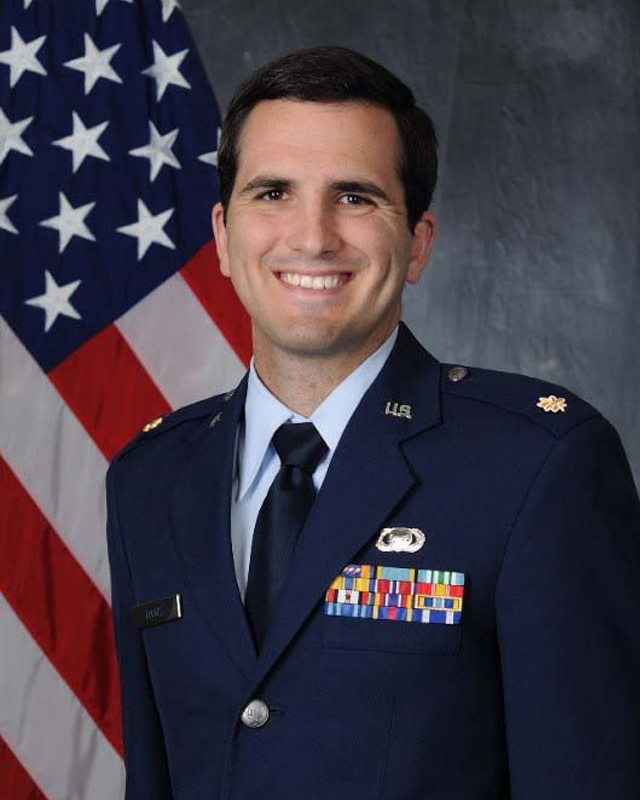 Major Eric A. Davis is an Assistant Professor of Aerospace Studies (APAS) and Operations Flight Commander at Air Force Reserve Officer Training Corps (AFROTC) Detachment 250, Iowa State University. As an APAS, he is responsible for the comprehensive military education of cadets, resulting in the annual commissioning of high quality second lieutenants for the United States Air Force.

Maj Davis entered the Air Force in 2012 after commissioning via the ROTC program at Iowa State University. He is a career intelligence officer and has performed intelligence duties at the tactical, operational, and strategic level. Prior to his current position, the captain was the Officer in Charge of the Cyber Analysis Cell, 603rd Air Operations Center, Ramstein Air Base, Germany. As Officer in Charge, he provides predictive and actionable intelligence to the Joint Forces Air Component Commander and 32 supported units on political and military situations spaning 105 countries.